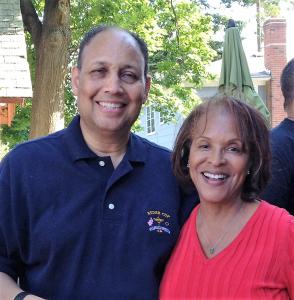 Richard L. Taylor’s expertise is in the real estate industry. From his job, he learns about upcoming community celebrations and events.

When Richard L. Taylor of Boston heard about a new museum coming to Martha’s Vineyard, he felt excited. The Vineyard is one of Richard’s favorite places on earth. He knew straight away that he wanted to become involved with the museum in some way.

The museum is a former 1985 medical facility, overlooking Lagoon Pond in Vineyard Haven.

It was an extensive construction project. The organization started a capital campaign to help raise money. It was going to take a lot to turn the 10,000-square-foot building into a 21st-century museum, but they did it.

The organization collected over $30 million from their campaign. It was clear the residents of Martha’s Vineyard wanted the museum to come to life.

Richard L. Taylor felt delighted about the museum’s construction too. Everyone was excitedly waiting for it to open its doors. You could feel it in the air.

It took the organization a decade of planning and two years of construction until it was complete.

A year before the museum opened, Richard and his colleagues toured the building. Although it was still under construction at the time, they got to see glimpses of what was yet to come.

After the meeting, Richard Taylor and his colleagues began forming a plan. With Flash Wiley, Duane Jackson, and Philip Hart, they conceived the idea to present an exhibit.

In March 2019, the doors of the long-awaited Martha’s Vineyard museum finally opened to the public. It is a beautiful and welcoming place.

The curator regularly rotates exhibits and showcases various historical artifacts. In the past, the museum showed the original organ from the first black dedicated church in Oak Bluffs.

Richard’s exhibit was an MV basketball exhibit. Its title: “Basketball as a Metaphor for Life: Vineyard Stories (aka The Soul Cup)”.

In August 2019, they unveiled the exhibit to the public, five months after the museum opened its doors. The display was a great success.

Richard praises the organization for converting the hospital into a beautiful museum. He feels honored to have had the opportunity to work with the museum and showcase his exhibit there.